This portal got really excellent information regarding Jobs Events Rentals and Yellowpages with lots and lots of data ... I love this Weregna Site which helps me find jobs and also rental for my staying at Ethiopia...
Thanks Weregna

Thanks Mr. Bumbaa for your valuable review

Come meet investors doing deals in your local market & Learn how to can get started
About this Event
Learn from top real estate investors about how to create generational wealth thru property investments.

Register today for this event and see if investing in real estate is really for you by attending this free 2hr real estate investment training. Learn how you can achieve success through real estate, working side by side with our national network of investors some in your local market.

You will have the opportunity to join our national network of real estate investors, get trained at local events and attend workshops sponsored by leaders of the real estate community.

Why invest in Real Estate?

1. Become financially free with proven strategies that work across the country

2. Use the tax code write off’s that real estate offers

3. Suitable for anyone that wants to take financial control of their future

4. Many millionaires have been made through real estate

1. If you are looking to jump into real estate

2. If you are new to real estate

3. If you are looking for extra-income

4. If you are an experienced investor that wish to get to the next level 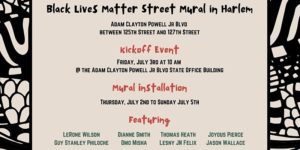 Black Lives Matter Street Mural in Harlem – Kick Off Event
About this Event
Protests ignited by the tragic death of George Floyd have galvanized the “Black Lives Matter” (BLM) movement worldwide. Many cities around the country have been inspired by the Mayor of Washington DC, who recently renamed a street leading to the White House, Black Lives Matter Way, and painted the roadbeds with the message. Following the initial media release regarding DC’s effort, Mayor Bill de Blasio announced his goal to install a “Black Lives Matter” street mural in each of NYC’s boroughs.

Harlem Park to Park is excited to announce that Harlem is one of Manhattan’s mural locations! By installing a mural in the epicenter of African American culture, Harlem is presented with a unique opportunity to elevate the symbolic nature of the BLM street murals installed around the U.S. and become the global symbol for the “Call to Action” to Heal and Prosper as a community, nation, and world.

Adam Clayton Powell Jr Blvd between 125th Street and 127th Street will be the location for this historic event. Named after the first African American to be elected from New York to Congress and who served as a national spokesman on civil rights and social issues, the corridor is also adjacent to the Harlem State Office building, also named after Adam Clayton Powell Jr to commemorate his civil rights legacy.

Harlem Park to Park is proud to have partnered with the following community leaders and organizations to implement the BLM Street Mural Initiative:

• Got to Stop Social Impact Agency

• Harlem School of the Arts 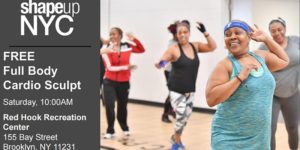 If you are looking for a FREE workout – I teach a Cardio Sculpt class as an instructor through Shape Up NYC. The class meets every Saturday at 10am at the Red Hook Recreational Center (155 Bay St). Membership to the gym is NOT required. All levels welcome!!

This class is designed to blast your cardio fitness and work your muscles in every way possible. Through a combination of strength training (with resistance bands) and high intensity cardio, this class will help you strengthen and tone your entire body and increase your cardio fitness levels. 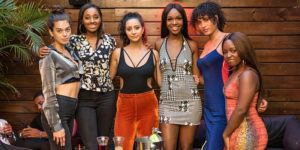 Enjoy All Your Brunch Favorites with a Live DJ – The Best of 90s; RnB; HipHop; Top40; AfroBeats and International Hits

CELEBRATE YOUR BIRTHDAY WITH A COMPLIMENTARY BRUNCH ON US!

One (1) Complimentary Brunch Ticket For The Birthday Celebrant. Must attend the Brunch with a party of 5 or more! Text 202-321-5324 to reserve and for more details.

By taking part in this event you grant the event organisers full rights to use the images resulting from the photography/video filming, and any reproductions or adaptations of the images for fundraising, publicity or other purposes to help achieve the group’s aims. This might include (but is not limited to), the right to use them in their printed and online publicity, social media, press releases and funding applications.